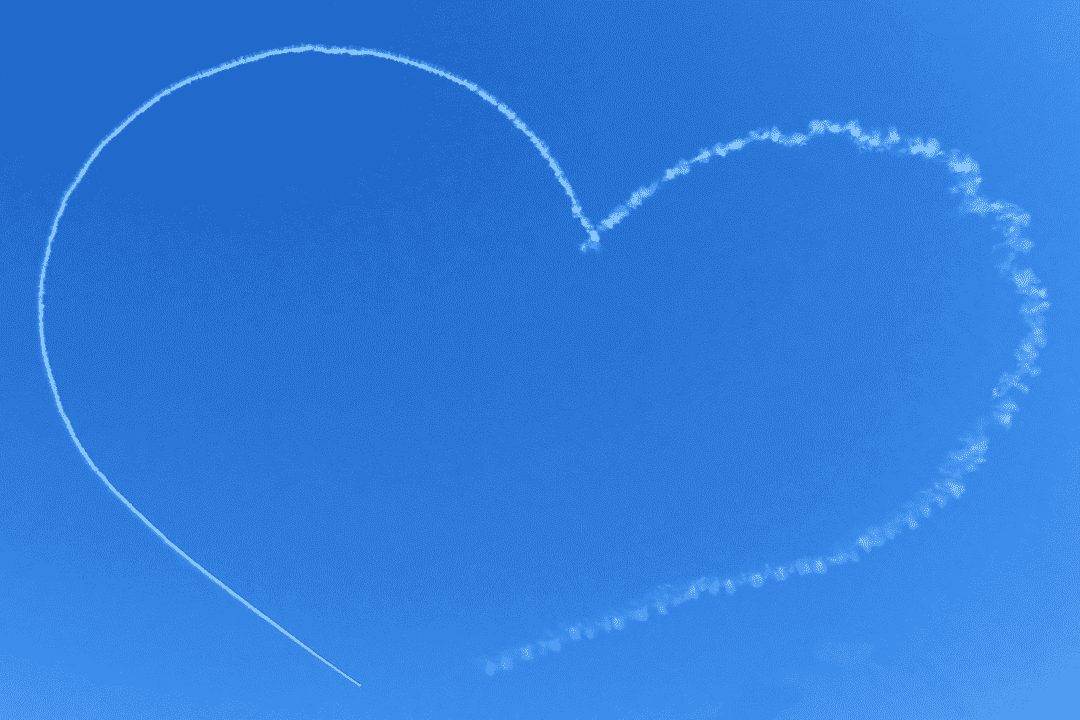 Over the past year, humanity has been connected by the catastrophic coronavirus pandemic. But even as borders begin to open and travel slowly resumes, an even more urgent crisis stands on our doorstep: the climate emergency.

Whether your destination flaunts lush palm-lined boulevards or stunning snow-capped mountaintops, you can no longer hide from the impacts and repercussions of a warming world. Nor should you: According to the Peoples’ Climate Vote, the world’s largest ever survey of public opinion on climate change published in late January, a majority of people around the world are eager to see immediate action to address this universal issue.

As you begin planning and executing press trips again, it is essential to keep the climate crisis in mind. Avoiding the issue is not only an irresponsible business practice, but it’s also tone-deaf in a world acutely attuned to global warming.

Despite the fact so many people are concerned about the climate crisis, the tourism industry has historically avoided the issue. Times are changing, and we need to face the elephant in the room. If you haven’t already, declare a climate emergency and share your climate initiatives with influencers.

Your climate actions are part of your destination’s story. Invite influencers into that story by explaining how you’re taking action and why. Don’t expect people to just notice that you’re putting climate action at the forefront; they need to be explicitly told what you are doing and how they should share that information with followers. Stating these initiatives outright also creates a foundation of awareness and understanding when your destination reinforces its climate actions in other ways throughout a press trip.

Throughout the lockdown, several destinations have hosted virtual press trips and other assorted events. Though these virtual gatherings don’t offer quite the same experience, they shouldn’t be shelved altogether. Virtual experiences are an excellent way to introduce a lot of influencers to various aspects of your destination with minimal financial, time, and environmental cost. They are particularly good for interviews and introductory tours, and they are an ideal way to gauge interest and vet influencers worth additional investment. 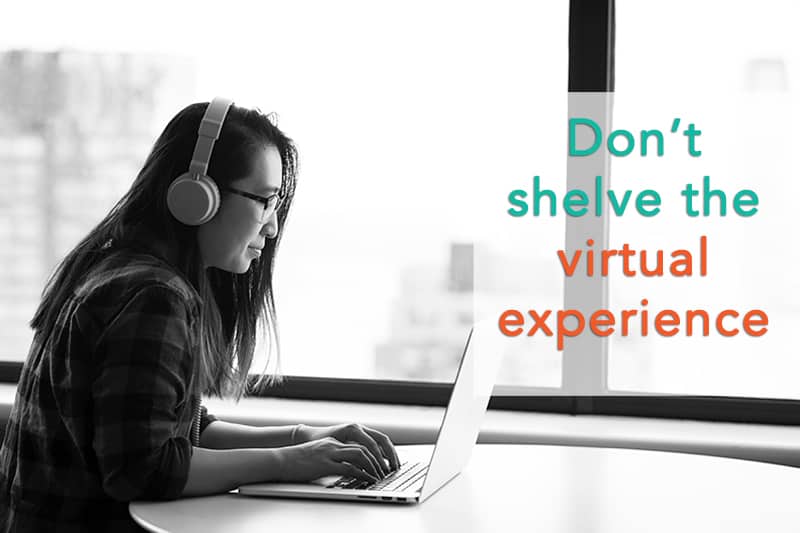 Consider the Journey and the Destination

Once upon a time, flying was a big deal. Then it became more accessible and affordable, and we all just took it for granted. We flew because we had to, but trips didn’t really begin until we landed in our destination. This, of course, is also the case for DMOs hosting influencers, but climate-conscious destinations can no longer “throw away” the flight as an inconvenience to press trips.

Think of the press trip as something that starts when influencers step out their front doors, and make the journey part of the experience. A great example of this is Malmö Tourism (Sweden), which partnered with buses and ferries to launch a flight-free influencer campaign. Influencers were asked to document their journey as well as the destination as part of the campaign.

For far too long, fly-by influencers have told destinations’ stories. While there is value in sharing the “fly-by” perspective, destinations should cultivate relationships with domestic content creators. These locally based influencers have a unique perspective that can and should be cultivated. Their stories are compelling for domestic travelers, and they are powerful word-of-mouth ambassadors for their own neighbourhoods. Plus, they are invested in the environmental repercussions on their local community.

If influencers are flying to your destination, offset their carbon footprint. Your destination can purchase carbon offset credits on a flight-by-flight basis, or you can go a step further and invest in carbon removal or restoration programs as part of your climate action plan. Organizations like Climeworks help companies fund carbon removal while initiatives like Rewilding Europe, make it easier to invest in conservation. (Note that in North America, rewilding initiatives appear to be more locally driven.) 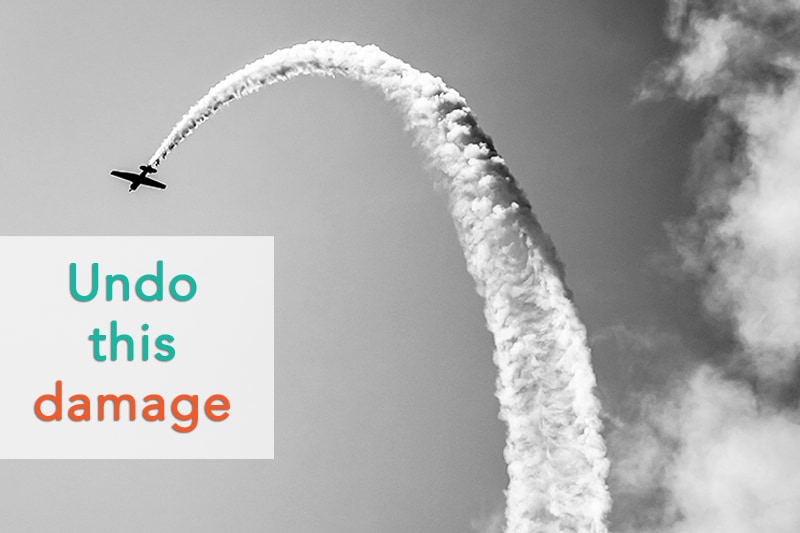 Swag is the norm on press trips, but is it really necessary? Influencers have far too many branded mugs, water bottles, tote bags, and notepads — and none of it impacts their opinion on the destination itself. Additionally, influencers then have to take responsibility for all of these products forced into their lives, which places an environmental burden on them.

If you’d like provide influencers with a gift, offer a gift card to a local business. This supports the local community, lets influencers choose something they actually want, and creates a better story to share with followers.

Make sure you introduce climate initiatives to influencers in pre-trip literature. Mention upfront that they will not be receiving swag and, as such, they should pack their own reusable coffee cup, beach towel, water bottle, etc. Flag other activities that require specific eco-aware gear (such as reef-friendly sunscreen) so they come prepared.

It’s important that your destination representatives model the behaviour you want influencers to follow. This means they, too, should avoid using single-use plastic bottles and plastic bags. When possible, use public transportation or mindfully string together activities so your press trip doesn’t guzzle gas crisscrossing the city. Instead of offering a plant-based meal with a meat-heavy menu, offer a plant-based menu with a meat option.

Make local partners aware of your destination’s commitment to climate consciousness prior to the press trip, and help them become involved with the process. This means, for example, that your accommodation partner should remove single-use toiletries bottles from the bathroom and restaurants should offer straws only upon request. 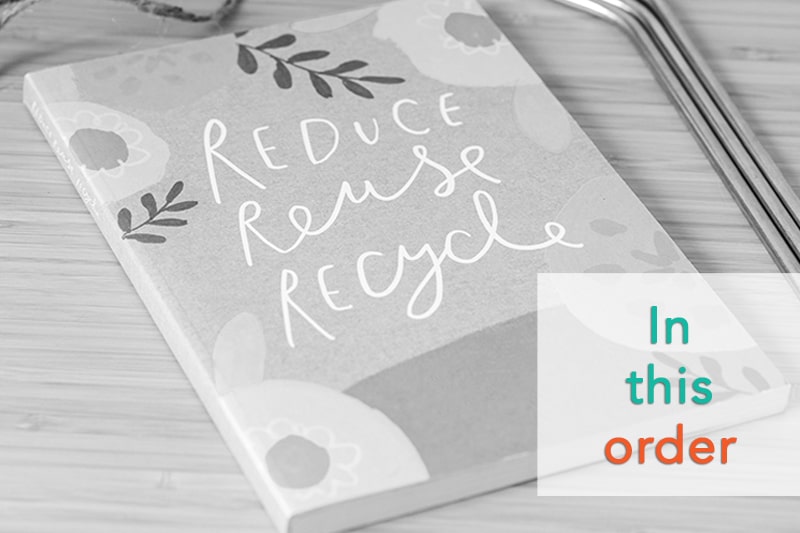 The climate emergency is ugly because it is a multi-pronged beast. It touches a myriad of challenging issues: water usage, pollution, food waste, carbon emissions, and more. We avoid talking about these challenges because they are messy. But if you don’t make influencers aware of the consequences of climate change on your destination, they won’t know about them. Even worse, they may unknowingly exacerbate the problems.

The good news is that there are a lot of social enterprises and impact initiatives addressing climate-related problems. These include everything from beach cleanups to citizen science wildlife tracking projects. Consider including one or more of these activities into your press trip — or at least let influencers know about them. Helping influencers become part of the solution — and recognizing the incredible reach their influence has while they embark on this journey in your destination — positions your brand in a powerful way while helping tip the scales in the climate emergency.

JoAnna Haugen is a writer, speaker, and solutions advocate who has worked in the travel and tourism industry for more nearly 15 years. She is also founder of Rooted, a solutions platform at the intersection of sustainable tourism, social impact, and storytelling. Through Rooted, JoAnna responsibly documents, supports, celebrates, and shares sustainable travel-related initiatives that prioritize local communities and the planet and helps others do the same. A returned Peace Corps volunteer, international election observer, and intrepid traveler (when it’s safe to travel!), JoAnna currently resides in Kyiv, Ukraine.

How to Measure ROI in Influencer Marketing

How to Work With Influencers on a Limited Budget 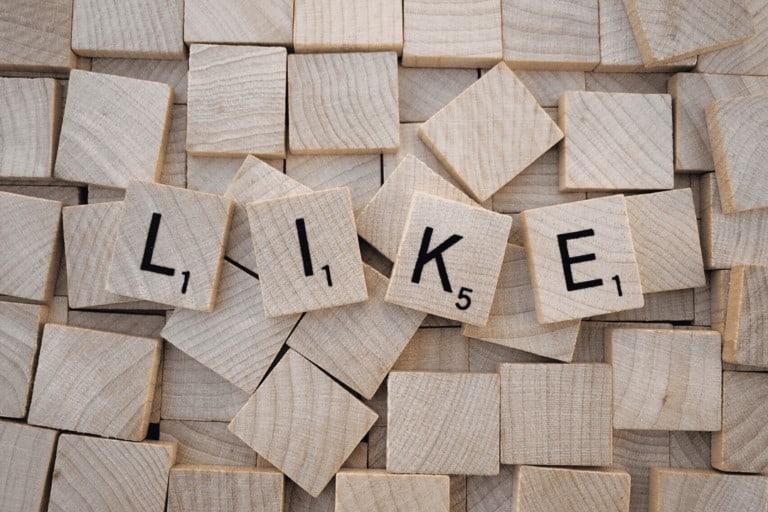 Choosing the right influencers to partner with can big a stressful decision. If you’re trying to decide if you should focus on reach or niche when selecting an influencer, here’s what you need to know. 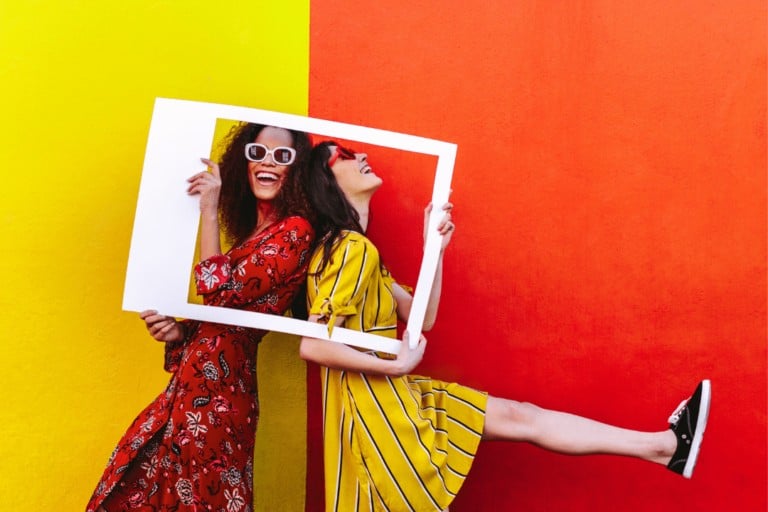 The evidence shared in this post gives plenty of reasons why it’s essential to dig deep when vetting potential Instagram influencers for projects. Picking who to work with depends on much more than just checking their follower count. 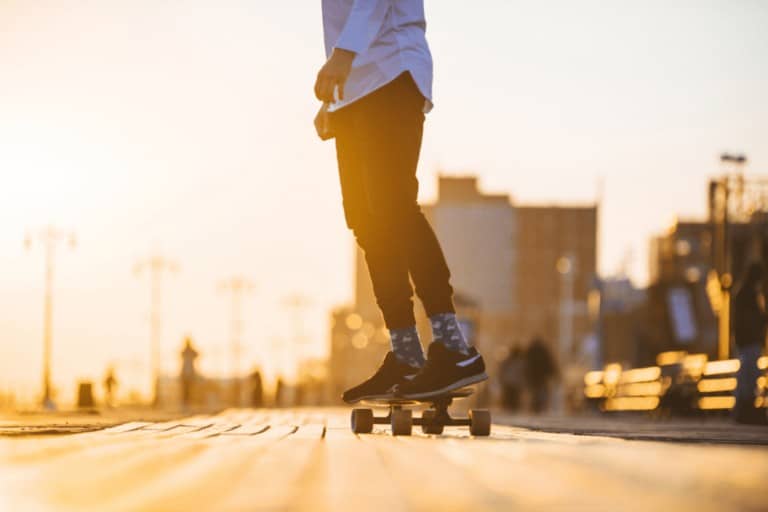 Influencers: You stand at a pivotal moment. 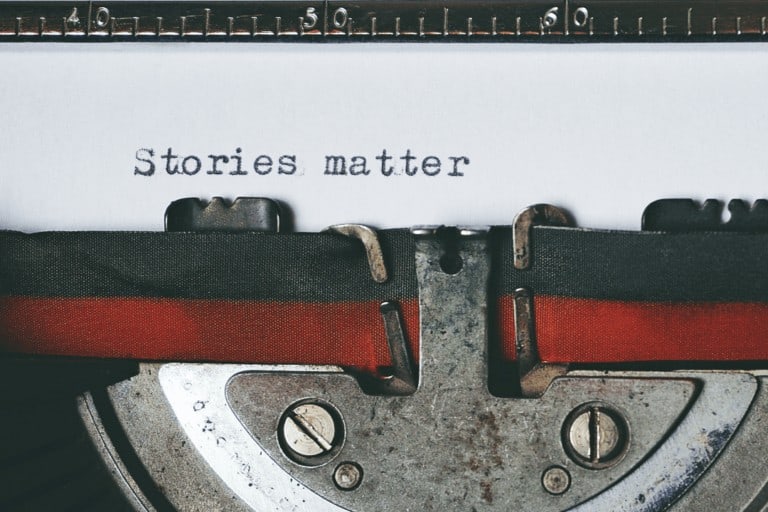 When social media broke down in fall 2021, bloggers were still there. Inside, find reasons why you shouldn’t discount working with these OG influencers. 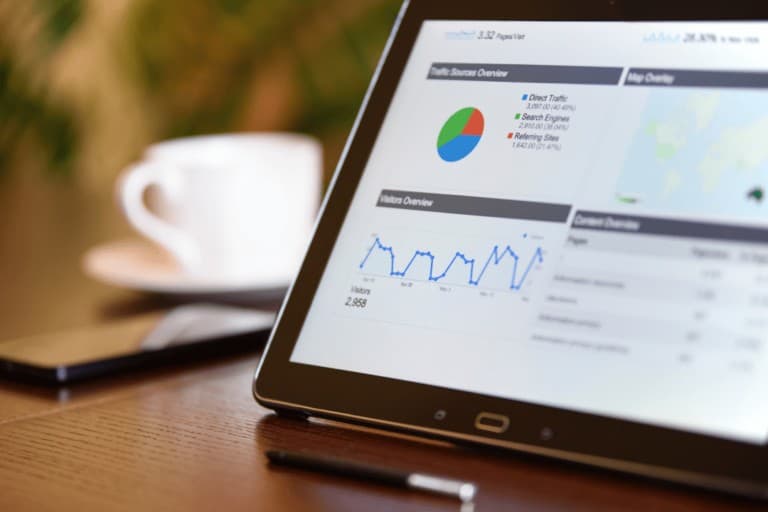 Brands keep asking for better reports on influencer campaign results – and this article will show influencers how to provide them (with a free template)! 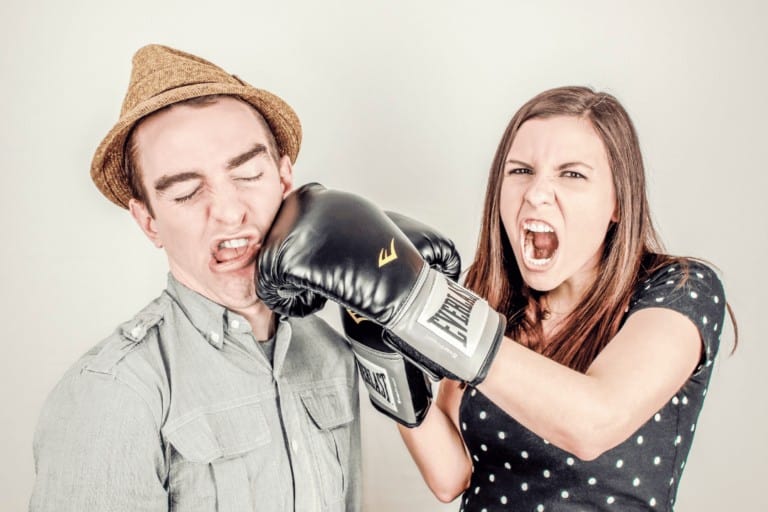 Avoid hiring a diva influencer or someone who dodges deliverables! This post gives lots of tips on how to protect yourself against badly behaving bloggers.